“You are a foreigner, but you are like a native person, because you understand us so well” were words from Kyaw Myo Naing who spoke on behalf of the senior students as they thanked and farewelled Teacher Ronald after 8 years of service at Marist Mission Ranong.

As well as special songs and speeches, students took part in a traditional Buddhist ritual of thanks and forgiveness by kneeling before Teacher Ronald, giving flowers, pouring water over his hands and receiving words of wisdom from their teacher for their life journey ahead.

Many members of the Burmese Migrant Community were present to show their deep appreciation for the impact that Teacher Ronald had made in their lives through the Migrant Support Programmes. Many young Burmese Men and Women sang a specially composed song ‘The one who sowed the seed’:

“His attitude toward us is incomparable. He who sowed the seeds for MMR. He has helped many of us overcome many difficulties and obstacles for the welfare of our people”.

Speaking on behalf of the ‘Future Leaders Group’, a special group of young Burmese Men and Women who have benefited from Teacher Ronald’s mentoring and support, Saw Zay Yar Nay Win shared:

‘You’ve changed the lives of many youth’. ‘All of us who are now studying the University Online Diploma course acknowledge that you have been one of the most important characters who carried us to this destination’.

Fellow Marists from the Marist Community shared their thanks for his great witness of love and years of service. Teacher Ronald shared with everyone he felt he had received so much from the students, parents and families he had served.

He mentioned that he had spent over half of his life with the Marists and the project with Burmese Migrants had significantly shaped him. He had learnt that he was not just to be a teacher but also to be a lover. His life had been so enriched by his love and service as a Marist Lay Missionary with his wife and family.

Ronald Lida and his wife Tata, return home to the Philippines, along with their 5 year old son JP. We are deeply sad to see you go but we are also so thankful for all that you have given to us all in Ranong. We wish you well for your new role and job with Jesuit Refugee Services in Mindanao, Philippines.

Click here to view a video of the 5 minute speech from Kyaw Myo Naing on behalf of the senior students of Marist Mission Ranong recognising just how important a teacher can be in the lives of young people. 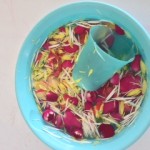 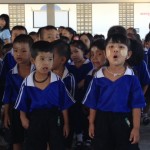 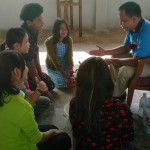 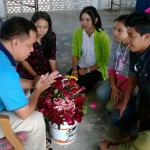 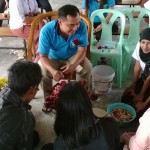 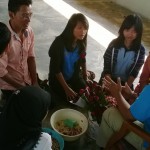 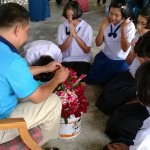 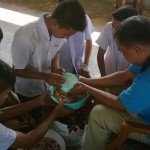 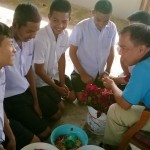 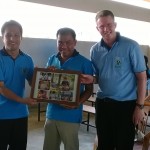 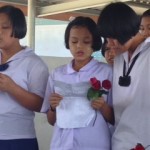 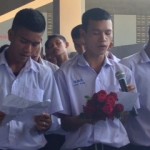 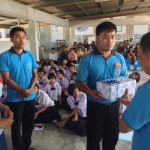 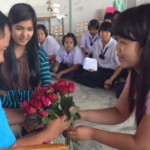 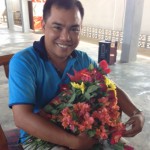